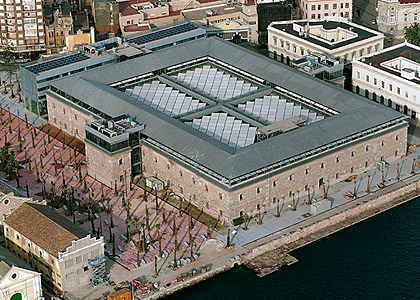 The main conference venue will be the Business Faculty Building at the Universidad Politécnica de Cartagena.

The Business Faculty has been located in this historic building since the 2009/2010 academic year. This building, previously the Naval Academy Garrison, also houses the Naval Museum and some cultural and university extensions. Originally constructed as a prison between 1776 and 1785, the building later joined the group of constructions used for military purposes which characterize the city of Cartagena. The Naval Academy Garrison, with its distinctive façade designed by architect Celestino Aranguren in 1910, belongs to the Historic Arsenal complex, a vital part of the urban topography of the city. The Arsenal complex is the only example of its type in the Spanish Mediterranean and is a prime representation Cartagena’s resurgence in the XVIII century.

The renovation of the building was undertaken by the Universidad Politécnica, made possible by its cession by the Defense ministry and money provided by the European Regional Development Fund. The project was directed by the architect José Manuel Chacón. The work included the complete restoration of the historic Naval Academy Garrison, with the top floor designed to host social, cultural, and academic activities. The emblematic main door was maintained, and a new glass annex on the north façade was built to house the offices of Business Faculty professors. 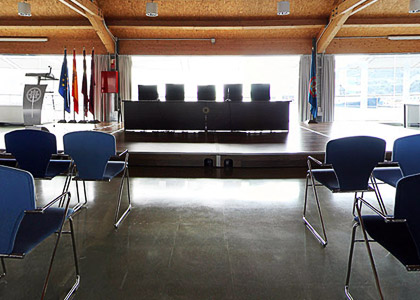 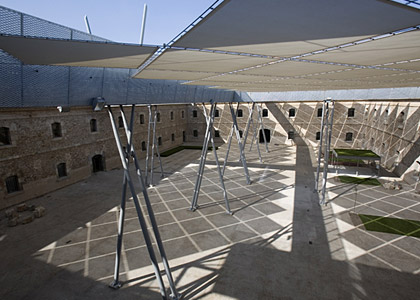 The following installations and infrastructures will be available for the participants and attendees of the conference:

Get to know the Business Sciences Faculty here.